PRECIPITATION: The Northeast recorded its 4th wettest March in 50 years (wettest since 1994), while the Southwest, and Southwest Coast were both wetter than LY. Boston, New York City and Philadelphia all recorded their wettest March in 50 years. The West North Central and East North Central regions were both driest since 2005, and the South Central region was driest since… Read more on planalytics.com

According to the Planalytics Weather-Driven Demand Indices, North American weather favorability was distributed as follows: 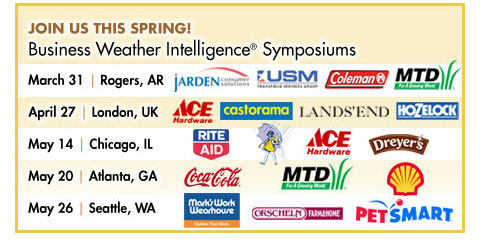