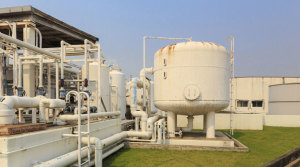 Industrial gases company Praxair, Inc. has announced plans to expand its New Mexico facility, including the construction of a new nitrogen facility. The gas provider says that demand for nitrogen is going up and this trend is the main reason behind the planned expansion.

The facility in Kirtland, New Mexico, is expected to increase production capacity over the next few months. The expansion is largely in response to the increasing oil and gas production in the San Juan Basin, encompassing parts of Colorado, northwestern New Mexico and some areas in Arizona and Utah. The energy industry is flourishing in the area as producers develop new resources, pushing up demand for gases, Praxair said.